When it comes to dodging Alzheimer’s, your odds are NOT good.

And you’re not alone.

According to new studies, by the year 2025, there will be a nearly 50 percent surge in the number of Americans struck down by the disease.

So, in just a few short years, you will know many, many more people with Alzheimer’s than you do now.

But it doesn’t have to be this way.

Because research shows that eating more of a cheap and tasty food CUTS your risk of developing Alzheimer’s in HALF.

And it could be in your fridge right now.

Love em’ or hate em’, there’s no disputing that mushrooms are good for you.

Now it looks like they could be the Alzheimer’s cure we’ve all been waiting for.

For the study, published in the Journal of Alzheimer’s Disease, scientists tracked the mushroom consumption and brain health of 600 senior citizens for six years.

At the end, the researchers found that folks who ate a three-quarters cup of mushrooms twice a week SLASHED their risk of developing Alzheimer’s by a whopping 50 percent!

Just imagine what results like these could mean for your future.

Experts believe mushrooms work because they are loaded with an inflammation-fighting antioxidant called ergothioneine (ET).

But my guess is that ET is just the tip of the iceberg when it comes to the healing powers of mushrooms. There are likely many other brain-boosting molecules inside of mushrooms that haven’t been discovered yet.

And that’s why you should never leave this delicious food off your dinner plate.

But any type of edible mushroom found at your local grocery store or farmers market should get the job done.

If you’re looking for more ways to HALT Alzheimer’s that don’t require some risky, side-effect loaded drug, go here to read about a drug-free therapy that can crush Alzheimer’s disease.

P.S. Looking to put a stop to Alzheimer’s before it even takes hold? Don’t buy into mainstream medicine’s useless “Alzheimer prevention” drugs – find out about a drug-free therapy that can send Alzheimer’s packing. Read about it here. 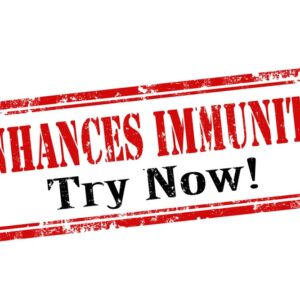