Gold King Mine Toxic Spill: What to Do Now

Last week, I asked for some ranting on the Gold King Mine toxic spill. I have to admit, I was secretly hoping for a guilt-ridden EPA agent to sheepishly email with a sob story, begging for forgiveness and absolution.

But the good news is I did get a gander at some articulate points made by readers. In the interest of time and space, we’ll just share a couple. But a big thanks to everyone who wrote in. Let’s get cracking.

“The fact that I’m no engineer does not keep the interpretation of what happened in Colorado from becoming for me a so-called ‘no-brainer,’ as, unfortunately, there is another, darker possibility that may be at work there. What actually could have happened is that the local mining company involved, in cooperation with the EPA, may have pulled off a real legal coup (therefore, this incident was no ‘accident’) whereby the mining company has been completely exonerated from any further legal liability for its own toxic waste by an EPA that is out of control, actually has contempt for local environments and their problems, and is able to freely violate any of its own regulations (and cover up these violations) to do whatever it pleases to bail out one of the members of its corporate constituency, public be damned.

“I have not seen much evidence in this country that mining companies or other major polluters are willing to foot the bill for major cleanups of their toxic wastes.  So why shouldn’t such companies just stand aside (i.e., the cheap and easy solution) and let the EPA worry about and pay for such cleanups, especially when the EPA lets these companies off the hook so easily?

“The long-term consequences of the EPA not effectively cleaning up and protecting our environment in the Colorado incident — and in hundreds of other screw-ups it has mishandled since its inception — is another no-brainer. In plain and simple language: the destruction of our environment. Some really relevant questions then become how much of our environmental damage is now irreversible, and at what rate is this irreversible damage occurring? And such damage will not magically stop or go away all by itself, as, at some unknown but definite point, it will come to seriously threaten our survival or the survival of one of our not-too-distant-future generations. But like the problem of our national debt, the present younger generation (you) may, by default, turf our environmental problems off to the next generation, just as my generation (I’m past 60 years) has turfed all of these problems (and much more!) off to yours.”

You may be onto something there, Ted. Although according to Mr. X, who got an article published in Laissez Faire Today, Gold King Mine was driven out of business by the SEC. If the owner was still on the hook for toxic waste removal, however, this would be quite a diabolical way to shirk responsibility…

Another reader, David, wrote in with a different perspective:

“Instead of bad-mouthing EPA, we should be thanking them. Now there’s someone everybody can sue. Alternatively, we could have done nothing to clean up after our mining mess, and the Gold King Mine could have blown out (like it sounds like it was ready to do), and then there’d be nobody to blame.”

Suing the EPA! I wonder how that would turn out.

Either way, what’s spilled is spilled.

Let’s move onto some more practical solutions when it comes to your water.

Normally, at this point (because I’m a greedy capitalistic pig), I’d squeeze in a plug for Living Well’s superb water solution, the Turapur. But alas, we’re sold out… for now. Many people lost out on their opportunity to grab one when we suddenly shut the doors. However, we’ll be back in stock soon… at least temporarily. Click here to get on the VIP list so you get first dibs.

(Not to be a jerk about it, but I have to emphasize: When we warn you something might sell out fast… we ain’t kiddin’.)

So what can you do while you wait to grab your Turapur?

Filtering your tap water is a must. And be wary of bottled water, too. After all, any company can simply dump some tap into the bottle, slap a label on it (maybe something like AquaLicious), and sell a bushel of them.

You need to worry about more than just your drinking water. If you choose the bathing lifestyle, there’s also your shower and tub to consider. Here are a few tips:

Speaking of which, would you be interested in a specific shower filter recommendation? Or should the Living Well team here simply find the best ones, get them tested by labs to measure what contaminants they remove, and offer the best one? Let us know at livingwelldaily@lfb.org.

Your opinion matters. And that’s not just a cute tagline. We asked about the shopping guide, and your overwhelming response shoved that project from a “maybe” into “let’s do this!” mode. 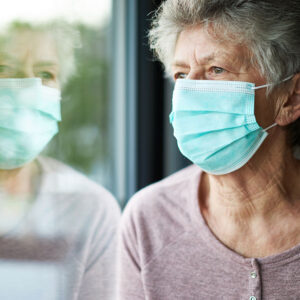