Every time I think I’ve seen it all… Big Pharma comes up with something even worse.

And this one’s a real kicker!

A drug that was yanked from shelves in the 90s thanks to a slew of lawsuits is being brought back.

But when I tell you why, it’ll REALLY make your blood boil.

Big Pharma is dusting off this drug and putting it back on the market to treat seizures… in children.

But your grandkids fall prey to Big Pharma’s evil scheming.

Because I’m going to tell you all about this heart-ruining drug AND the all-natural remedy you should be using instead.

And while that name might not sound familiar, I bet Fen-Phen does. This notorious diet drug rose to fame in the 1990’s for causing leaky heart valves in patients.

While fenfluramine is only half of this dangerous drug, it can still do SERIOUS damage.

And now Big Pharma drug giant Zogenix is aiming to bring it back with a vengeance. In fact, they just paid for a new study to prove that fenfluramine can stop seizures in children who suffer from a disease called Dravet syndrome.

But as with all of Big Pharma’s bold claims, you have to go beneath the surface.

Dravet syndrome is a developmental disorder that affects 1 in every 15,000 children and causes devastating epilepsy, among many other symptoms, including physical disabilities, autism, and a poor immune system.

And medicine doesn’t do much, if anything, to help. In fact, half of Dravet syndrome patients can still suffer from at least three seizures a month even with drugs!

In a new study published in the British medical journal The Lancet, it becomes clear just how far drug giants want to push their dangerous products on defenseless and desperate patients looking for solutions.

Researchers recruited 119 children for a 14-week study and gave them daily doses of fenfluramine. Shockingly, the fenfluramine DID make the seizures drop by 75 percent. But not without a VERY high cost.

Not only were the children’s hearts put in danger, but they also suffered from loss of appetite, weight loss, diarrhea, insomnia, anxiety, and fatigue. In fact, five of the children were taken from the trial BECAUSE of the side effects.

But I have good news: there’s a safe, natural remedy with plenty of unbiased studies to back it up… and no side effects.

Many recent studies show that cannabidiol, or CBD, an extract from the cannabis plant, does wonders for children with Dravet syndrome. Studies show it drops seizures by 50 PERCENT, and it even helps calm anxiety and improves sleep.

Now while CBD is extracted from the cannabis plant, there’s no THC, the component that makes you “high”, making it completely safe for both children and adults alike.

You can get CBD from your local natural health store. Be sure to opt for a full-spectrum variety. 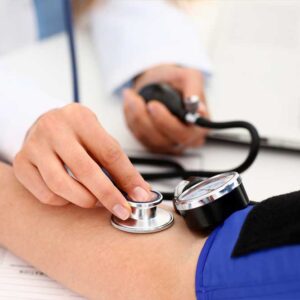