When we’re diagnosed with cancer, we just want it OUT of our bodies… the sooner the better.

So the idea of a new cancer drug or treatment may seem promising.

We all want the latest and greatest, right?

The federal government is even trying to rush new, unproven drugs to market under the guise of “compassionate care.”

But before you try a new cancer drug, there’s something you ought to know.

Many of these medications come with a dark secret… and knowing it could keep you from making the worst decision of your life.

A large study just released suggests most cancer drugs approved in the Untied States and Europe during the last 10 years are completely worthless.

That means all the hype in the news, all the advertising of drugs, all the thoughts of “compassionate treatment,” are nothing but smoke and mirrors.

You would think medicine has advanced in the last few years. We have lots of tools we never had before (such as computer-modeled drug development).

But really, cancer treatment hasn’t advanced much at all.

The expense (both money and physical trauma) that our cancer patients have to go through is enormous. Drug companies cannot continue to put drugs on the market that have no clear benefit.

There are, however, plenty of proven alternative medicines:

Always get multiple opinions on the best way to treat your cancer. And if a doctor isn’t open to at least incorporation natural treatments, find a new doctor. 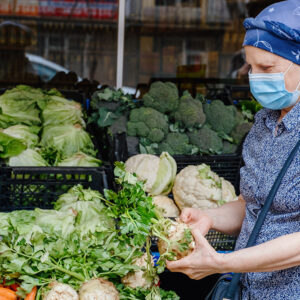 Dear Living Well Daily Reader, If you talk to the average mainstream doctor about breast cancer, he’ll probably advocate for chemotherapy.***** A new study revealed that women who had chemotherapy had a much higher chance of developing hypertension (high blood pressure) and diabetes. And I’m not surprised. The article, which appeared in the Journal of...