Could Alzheimer’s and dementia soon be things of the past?

Australia’s Flinders University, with the help of U.S. partners at the University of California and the Institute of Molecular Medicine, is working on a vaccine that targets dangerous proteins in the brain.

And guess who’s footing the bill?

Well, if you’re an American, that is.

We will dig a bit deeper into funding in just a bit. First, let’s talk about this potential miracle vaccine.

Alzheimer’s and dementia are caused by the breakdown of two proteins in the brain, amyloid-beta and tau. When these proteins fall apart and aren’t cleared away, they can cause the onset of dementia symptoms.

[The proteins are] a bit like the car in your driveway. You need to remove them from the brain. Otherwise, if you left broken-down cars in your driveway, eventually, you couldn’t get out. Essentially, that’s what happens in people who get Alzheimer’s or dementia; they have lots of these broken-down proteins in the brain.

Petrovsky went on to explain that the vaccine’s design “makes the immune system produce antibodies, and those antibodies act like tow trucks, so they come to your driveway, they latch on to the broken-down protein or car, and they pull it out of the driveway.”

Amyloid-beta proteins are the first of the two to go rogue. The scientists’ goal is to stop amyloid-beta proteins before they cause dementia issues. However, the team has recently found that targeting the tau with the vaccine can result in reversing the disease once it’s developed.

Petrovsky says targeting both proteins is key to the success of the vaccine. “It could be used both to give to people at a particular age, say, 50 years of age, when they are perfectly fine, to stop them developing dementia, but potentially also could be given to people at least in the early stages of dementia to actually try to reverse the process.”

But with human testing expected to take place in just two–three years, the research requires lots of monetary support.

This is where the U.S. taxpayers come in…

Bankrolled by the World’s Biggest Government

As Petrovsky puts it, his vaccine is being “bankrolled by the world’s biggest government.”

The U.S. already spends over $236 billion annually on Alzheimer’s- and dementia-related health care costs. And now it’s going drop another $1 billion on researching Alzheimer’s treatments, including this vaccine.

And while this vaccine is a great treatment in theory, it’s still a way off from being ready for use. Not to mention its long-term effects won’t be apparent for years after its release and may pose unknown health threats. This means the bankrolled research likely won’t help the 47 million people already suffering from dementia worldwide.

But there is something you can do today to help protect yourself or your loved one from this debilitating disease — educate yourself on it.

Next week, thirty-two experts will be speaking at the Alzheimer’s and Dementia Summit hosted by some of our colleagues and affiliate partners. This online event represents a unique opportunity to discover how to prevent, slow down, and even reverse the symptoms of Alzheimer’s and dementia.

Each day, you’ll get exclusive access to videos from experts in the field, with topics ranging from coconut oil for the brain, to essential oils for brain health, to dietary strategies to avoid brain inflammation. Plus much more.

And the best part — it’s FREE!

Dear Living Well Daily Reader, Ask your mainstream doc what causes cancer to spread, and he’ll rattle off things like drinking alcohol, being overweight, and suffering from bad genes. Sure, those things don’t help… but that’s hardly an exhaustive list. And it certainly doesn’t account for those big three “treatments” that leave your body weak...

Dear Living Well Daily Reader, If you take an angiotensin-converting enzyme inhibitor (ACE inhibitor) for high blood pressure, chances are you’ve run into a few side effects. First, there’s the dry cough, then the headaches and loss of taste. Then comes the fatigue and dizziness. It’s no picnic! But there’s something else that comes with...

Dear Living Well Daily Reader, If you have prediabetes or diabetes, chances are your mainstream doc isn’t much help. They suggest the over-hyped drugs (which don’t work)… the outrageous workout plans (that no one can do)… or they tell you to give up your favorite foods (who wants to live like that!?). But what your...

Dear Living Well Daily Reader, Non-alcoholic fatty liver disease (NAFLD) is a silent epidemic. The symptoms are hard to pin down… meaning the disease can wreak havoc before you even know it. Luckily, nature has a way to help reverse NAFLD and make your liver happy again. And strangely enough, it’s found in something you’re...

Dear Living Well Daily Reader, Pardon? What did you say? I didn’t catch that. If you find yourself asking these questions more than a few times a day, you’re probably already experiencing hearing loss. Having hearing issues isn’t just frustrating… it can be downright dangerous. You might miss an important phone call… or not hear...

I suffer from constipation and it’s really embarrassing. Is there anything that can help? –Joe from Omaha, NE ******** Joe, Yes, you’re right—constipation can definitely be embarrassing. It’s also painful and not good for your health. Most mainstream doctors think it’s normal if you move your bowels only once or twice a week. I most... 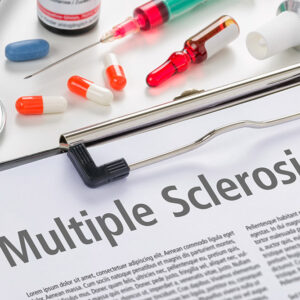 Dear Living Well Daily Reader, If you have multiple sclerosis (MS), only you can truly understand how bad it is. The condition waxes and wanes. Sometimes you’re okay, other times you’re in pain. Facing issues with balance, numbness, weakness, vision, fatigue, and heat intolerance can become unbearable. But the drugs the mainstream doctors give you... 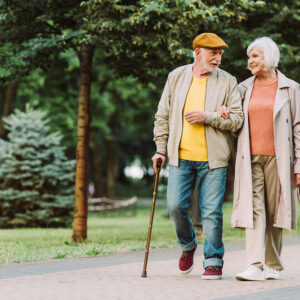 Dear Living Well Daily Reader, If you’re a senior, your risk of getting a stroke is VERY high. According to scientists, middle-aged adults have a 17 percent risk of having a stroke in their lifetime. Having a stroke not only destroys your brain, but it makes it difficult to walk, talk, drive, or even to...