WARNING: This Common Food Is Riddled With Poison

“To this day, it was the strangest and most heartbreaking thing I’ve ever seen. People “dancing” through the streets, unable to control their bodies, cats involuntarily jumping to their death from buildings, and fish floating everywhere — it was like living in an episode of The Twilight Zone… It was unreal how much of the metal they had in their blood… many fell ill or ended up paralyzed, and thousands died…”

A few years ago while working in the emergency department, I overheard one of the senior physicians saying this to a nurse. He was talking about a certain type of heavy metal poisoning that he had seen decades ago as a med student in Japan.

I was busy at the time but intrigued by what he was saying. I later caught up with him to get the full story.

As it turns out, the Japanese islanders he was talking about were experiencing high exposures to a deadly heavy metal from a food source so common, I had a can of it in my pantry and a pound of it in my fridge.

In fact, it’s so common, you may have it in your lunchbox right now.

Moreover, since the average person eats almost 16 pounds of it every single year, if it’s not your lunch, there’s a good chance it’s in your dinner.

More importantly, when it’s not riddled with toxins, it’s a great source of a vital nutrient. We will talk more about this nutrient and share a few tips on how to get it in your diet without the risk of toxins in just a bit.

First, let’s talk about what happened in Japan…

The toxic heavy metal was mercury.

And the villagers were getting a health-altering dose with every serving of seafood they ate.

This is what happened…

Until the 1950s, a chemical plant near Minamata was dumping mercury directly in the waters surrounding it.

The problem here, beyond the blatant polluting of the ocean, is that mercury accumulates in the organisms that eat it — including humans.

Eventually, methylmercury makes its way up the food chain to mammals and humans. And at each link in the chain, the amount of mercury increases and adds another level of threat to your health.

Which is exactly what happened to the villagers of Minamata.

And just as my colleague described, strange things transpired there: fish were dying, wildlife and domestic animals began to act strange, and — most terrifyingly — people were experiencing a whole host of physical symptoms including convulsions, psychosis, loss of motor function including paralysis, and birth defects. Not to mention, most of the victims died.

All of these reactions were caused by mercury exposure through their seafood-based diets.

While the Minamata incident is likely the worst documented case of mercury poisoning in history, it’s a clear example of how mercury pollution in seafood can affect you.

Not to mention, mercury levels in water are rising, and not just in places adjacent to a chemical plant.

As you can see in the infographic below, mercury doesn’t have to be dumped from a point source in order to get in the environment. Industrial processes can release mercury particles into the air that then get transported to the ground through rain: In fact, one study shows that mercury levels in shallow waters (less than 328 feet) have almost tripled in the last century or so. This is mainly due to the increases in mining and the use of fossil fuels. 2

But this doesn’t mean that the vital nutrient in seafood, omega-3 fatty acids, should be avoided.

You see, there is a safe way to get all of the anti-inflammatory health support of omega-3 without the dangers of mercury. Plus, it’s easy to swallow and even appeals to folks who don’t care for seafood. I’ll share in just a second.

A recently published review shows that most folks aren’t getting enough omega-3s in their diets. The review analyzed 298 studies in order to make a global map identifying regions of adults at greater risk for health issues due to their low levels of omega-3s.

As you can see on the map below, most regions are in the low to very low range: This is troubling news, because omega-3s contain molecules called protectins and resolvins. Per Harvard Medical research, these molecules help “cool down” inflammation and promote healthy, balanced levels of inflammation.3

And since more and more evidence is showing that maintaining balanced levels of inflammation can help you experience lifelong health, it’s vital you have a trusted source of omega-3s.

Fortunately, you can get of this healthy support without the hassle of reading seafood labels or worrying about the dangers of mercury through supplementation.

You see, the fatty oils extracted from fish contain omega-3s. So in order to get the benefits, all you have to do is take the oil as a supplement

You might be thinking, Won’t there be mercury in the fish oil too?

But only if you’re buying the wrong type of fish oil.

Quality fish oils go through a purification process called molecular distillation. This removes heavy metals and other toxins to below detectable levels.

If you are looking for a high-quality fish oil supplement that’s gone through the molecular distillation process, then you’re in luck…

After months of research, we selected the best oil we could find. It comes from a member of an organization with higher purity standards than the FDA. It’s called the Global Organization for EPA and DHA Omega-3s, or GOED. GOED sets strict standards for concentration, freshness, and limits for any toxic heavy metals and other contaminants.

In fact, our fish oil is so top-notch, it’s been awarded the rare 5-Star Certification from the International Fish Oil Standards program.

Click here to learn more about our latest product and how it can support your health!

If you’re not ready to give up seafood yet, there is a trusted source you can turn to. It’s called Vital Choice Wild Seafood & Organics.

While it’s not totally free of mercury, it’s very low. Vital Choice does this in two ways:

Plus it’s 100 percent wild-caught. This means you don’t have to worry about any added toxins from over crowed fish farms! 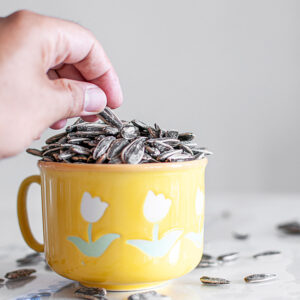