Let’s face it. None of us is getting any younger.

And if you’re worried about losing your marbles as you age, you’re NOT alone.

It’s a common fear. And for good reason.

See, as you lose your memory, you slowly lose everything else, too. Your friends, your family, and your independence all begin to fade.

But if you’re hoping to find a solution behind the pharmacy counter, you’re out of luck. Because despite Big Pharma spending BILLIONS on Alzheimer’s research, the drug companies still have nothing to offer.

Thankfully, nature HAS supplied us with a way to help reverse your risk and keep dementia at bay. Because when it comes to Alzheimer’s disease, it’s all about prevention.

That means taking steps NOW to protect your brain BEFORE the disease takes hold. And new research has uncovered a way for you to do precisely that.

You simply need enough of a unique molecule hidden inside a common fruit.

I’m betting you’ve never heard of pelargonidin before. But I’m sure you ARE familiar with the tasty fruit brimming with this memory-supporting bioactive compound.

Research published in the Journal of Alzheimer’s Disease found that folks who consume more pelargonidin have fewer neurofibrillary tau tangles (plaques) in their brain.

The team discovered that pelargonidin decreases brain inflammation (neuroinflammation) and reduces the production of the cytokines that cause that inflammation.

So go ahead and snack on more strawberries to boost your pelargonidin levels and dial down your dementia risk. But don’t stop there.

You can take plenty more drug-free steps to reduce your Alzheimer’s risk.

P.S. Pelargonidin isn’t the only produce-aisle extract that can help keep your brain healthy as you age. THIS powerful “citric element” helps whip your brain into shape too. 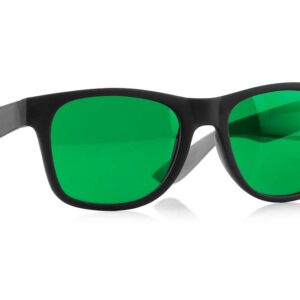