Many folks (myself included) can’t think of anything worse than a morning without coffee.

And as we’ve mentioned here in Living Well Daily many times, coffee isn’t just the best part of your morning — it’s also jampacked with powerful compounds that can thwart off ailments like cancer, Alzheimer’s and heart issues. So there is good reason to drink it besides for the pick-me-up.

It’s a powerful root that’s been used as a coffee replacement and additive for centuries and is now being recognized for its potent health-boosting powers.

It’s called chicory, the root of a blue flowering plant, and it’s been making its way into America’s coffee cups since the 1800s. 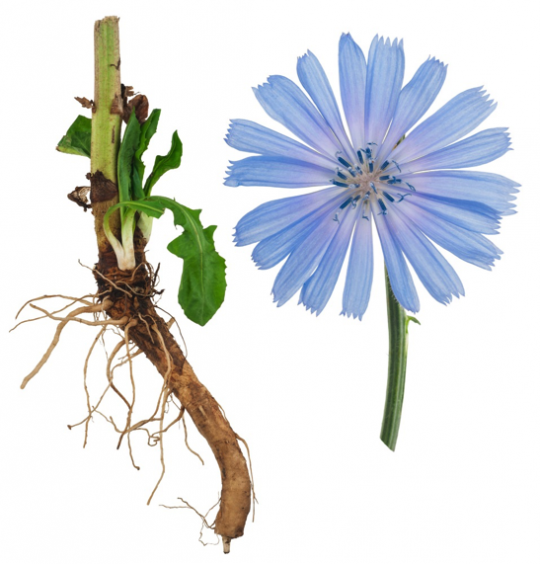 You see, when the city of New Orleans was under siege during the American Civil War, coffee supplies dwindled to near nothing. However, inventive locals stretched out their coffee supplies by adding roasted chicory root.

While it lacks caffeine, chicory root is cheap and tasty and makes a great addition to coffee. So even after the supply lines were reopened, citizens of New Orleans kept chicory in their coffee. In fact, chicory coffee is still available in many New Orleans restaurants.

But what folks didn’t realize at the time, adding this earthy root to their coffee wasn’t just padding the supply. It was also boosting their health.

In more recent years, chicory root has been the subject of many health studies. It’s been shown to reduce inflammation, delay or prevent the onset of diabetes, and even help folks’ arthritis.

In one study, folks who took chicory root extract saw improved A1c levels, which is an indicator of diabetes. In addition, researchers found that chicory also significantly improved adiponectin levels. Adiponectin is a protein that’s involved in regulating glucose levels. Both of these findings indicated that enjoying chicory regularly could thwart the development and/or onset of diabetes.

Another study found that chicory root also improves arthritis symptoms. A clinical trial done by the Rheumatic Diseases Division at the University of Texas Southwestern Medical Center’s Department of Internal Medicine shows that chicory root may also be able to combat the painful symptoms of arthritis.

When people aged 50 or older who had osteoarthritis of the hip or knee took chicory, some showed a 20 percent improvement in pain and stiffness. This means chicory root might help reduce the pain and stiffness caused by arthritis.

Perhaps of all these incredible abilities, reducing inflammation is the key to chicory’s powers, since it’s full of plant polyphenols that can stomp out inflammation and curtail its effects on the body. This is so important because inflammation is considered the gateway to many chronic diseases.

Chicory is easy to get. You can look for it in health food store or online retailer websites. In addition, there are a few coffee makers that offer coffee and chicory blends. The most popular is Cafe Du Monde, and their coffees are available through their website, CafeDuMonde.com

[1] 13 Health Benefits of Coffee, Based on Science

[4] Phase 1, placebo-controlled, dose escalation trial of chicory root extract in patients with osteoarthritis of the hip or knee.