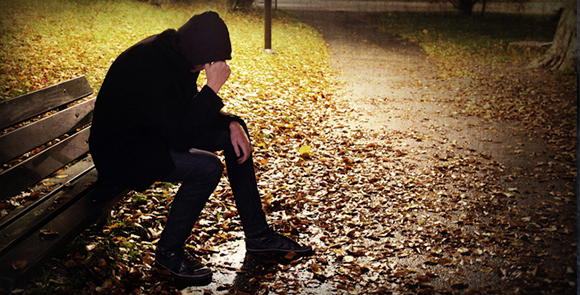 The Most Powerful Health Solution

From Alzheimer’s to anxiety, from diabetes to depression, the spiraling, signature maladies of modern life suggest Americans are sick and sad.

Charles Hugh Smith of the indispensable Of Two Minds blog reveals the root.

“Financializing the human experience,” he says, is the social plague of our age:

“It means turning everything into a financial transaction that profits an enterprise and the state. Since the state needs profitable enterprises to generate its tax revenues (and to pay wages that generate payroll/income taxes), the state is an implicit partner in every financializing the human experience transaction.”

A hallmark of the trend’s pervasiveness is the fact that few notice it. Consider that:

And on and on, and all increasingly seen as unremarkable.

An entire generation is growing up without experiencing the friendly, cooperative, cash-free interchanges that were once ubiquitous.

Which matters, because financialization of transactions once propelled only by love and respect is both a cause and an effect of loneliness.

The Risks of Isolation

In fact, loneliness is roughly as dangerous to health as alcoholism.

The report concludes that “feeling” lonely increased the risk of death during the course of the studies by 26 percent.

But what about people in these studies who avoided others because, they said, they prefer to be alone?

Healthwise, this kind of person fared even worse.

Voluntarily living alone increased the risk of death by 32 percent.

Unfortunately, these days, people with this preference seem to be more numerous, and more ostensibly satisfied with themselves. My Facebook feed overflows with advice on “How to Treat Introverts Like Me.“

But I would encourage the proud introverts to consider the extent to which their behavior is cultivated.

As Charles Hugh Smith points out, governments, banks, and corporations of all stripes profit from social atomization. And they appear to be winning in this effort.

In the 1920s, five percent of Americans lived alone.

Isolation can be seductive. No compromise required. No quid pro quos exacted.

In this modern American “society of the maximal self,” as psychologist Martin Seligman has termed it, the advantages of sequestering oneself can seem multifold.

And the potential hassles of emotion-driven interaction overwhelming.

But at least consider this idea: Your — our — adoration for isolation is not us talking.

It’s an avaricious, parasitic culture talking through us.

No human being truly thrives in utter isolation, including misunderstood artists like you… and me.

We can loudly insist that we are thrilled, delighted, intoxicated by autonomy.

But if we carefully consider the times when we’ve actually been happiest, the review inevitably takes us to a moment that was intimate — or crowded — but almost certainly not alone.

Your most potent health solution is someone else.

And the lovely part is someone else’s most potent health solution is you.

Brad Lemley is a science and health writer and former senior correspondent for The Washington Post and Discover magazine. He is a tireless advocate for safe, natural, self-directed healthy living practices and therapies.